Ms. Heffner’s 7th graders spent the last month studying the red planet which included everything from reading The Martian by Andy Weir, to building rovers (made of both Legos and pasta), testing rocket launches, docking space stations and even creating their own Martian shelters! Check out some highlights from this awesome interactive and collaborative cross-curriculum unit! 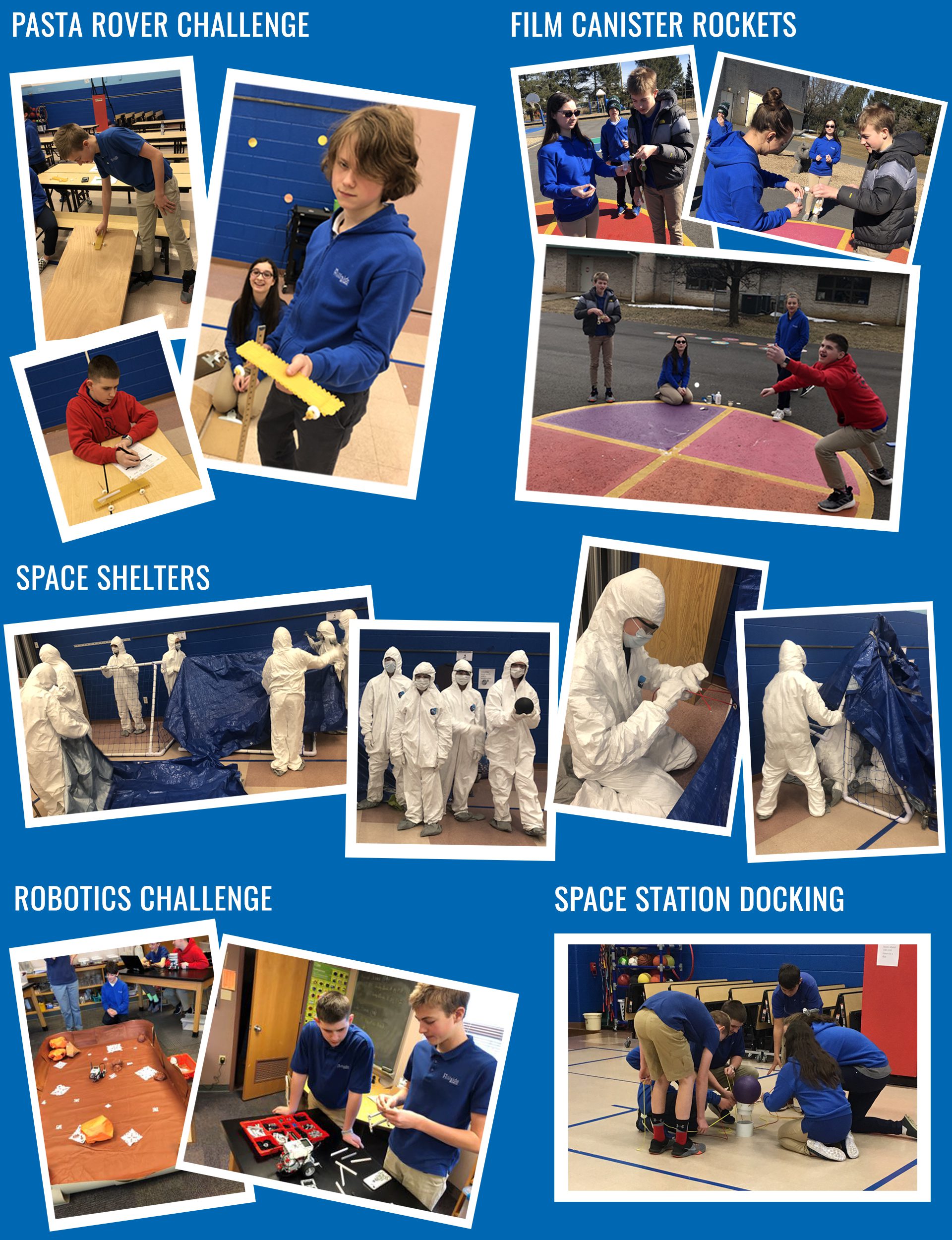 More about the activities…

Students were tasked with designing a rover out of pasta and testing to see how far their rover would travel down an inclined plane. Each group made two prototypes and tested each rover three times. Distances and speeds were averaged for each.

Students learned about Newton’s 3rd Law and chemical reactions by testing how quickly various liquids like water, milk, lemon juice, soapy water and rubbing alcohol would react with an antacid tablet. They noted how long each reaction took to occur and then graphed their results.

Students participated in a simulation that allowed them to experience the challenging situation that Mark Watney, protagonist in The Martian, faced. Working as a team, and wearing full space suits, students had to construct a shelter that could withstand Martian obstacles – it had to be airtight, able to withstand a dust storm and accommodate all students.

Students constructed robots out of Legos and then programmed them to move around different types of terrain.

Students learned about the purpose and functions of the International Space Station and worked collaboratively to “dock” a space craft. Communication was key in being able to successfully dock their space crafts, as the task required precision and teamwork.

In the past, she would become easily stuck when working on a project or assignment but now at Hillside has learned ways to help herself out and work through things on her own. She has been taught little ways to help with things like writing a paragraph or a story, public speaking, reading and (what she has always struggled with) remember what she is reading.

Our son did a complete 180 degree turn – he got his self-confidence back immediately and gained most of the educational losses that he was experiencing at his previous school (which was also a very good institution, just not equipped to deal with his particular learning disability).

Hillside gave me the confidence and independence to pursue my educational goals and to work towards my dream of becoming a veterinarian.

None of my success would have been possible without The Hillside School. I am not writing to brag but rather to show you the impact that you had on a small child in 1991. You gave me a fighting chance and I thank you for that.

I believe this is a life changing school. Within the first week of being at Hillside you will see a change in your children. They will want to learn, and most of all they will want to go to school. Hillside gives students the power to speak out and be confident about learning. I am so glad that I spent three years at Hillside and feel like it will always make a difference in my life.

For students and parents considering Hillside, I believe that it’s a life changing school. Within the first week of being at Hillside you will see a change in your child’s character. They will want to learn and most of all they will want to go to school. Hillside gives students the power to speak out and be confident about learning. I am so glad that I spent three years at Hillside and feel like it will always make a difference in my life.

There is nothing more heartbreaking than to see your child struggle with anything, including learning. We have seen an increase in confidence and a decrease in resistance regarding learning in such a short time. There is such relief and joy knowing that this is just the beginning of many successes for Olivia. 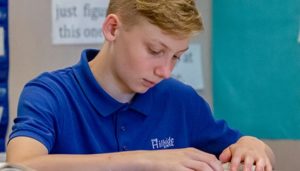